22ª RIO DE JANEIRO HALF MARATHON HAS DOMAIN OF THE KENYA

22ª RIO DE JANEIRO HALF MARATHON HAS DOMAIN OF THE KENYA 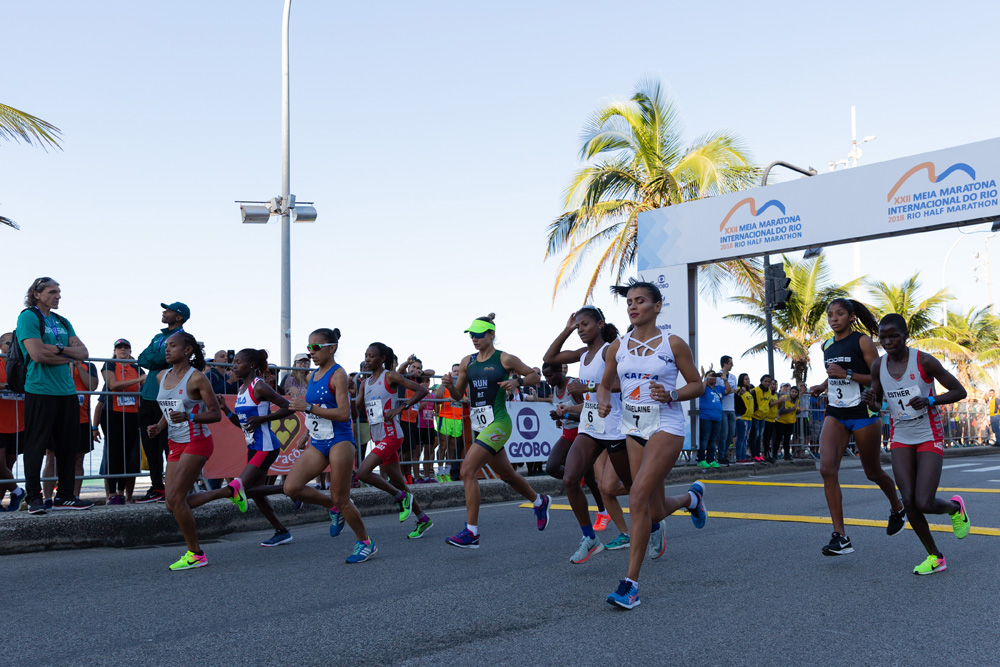 Blue sky Sunday and temperature around 20 degrees. It was in this scenario that the Kenyans Paul Kipkorir, in the masculine, and Esther Kakuri, in the feminine, won the 22nd Half Marathon of Rio de Janeiro. While Paul played the test for the first time, Esther secured the bicampeonato. The best placed Brazilian was Cruzeiro's Welington Bezerra da Silva, who arrived 25 seconds behind the champion. Paul started a battle in the first ten kilometers with his compatriot Denis Kusimba and the Brazilians Wellington da Silva and Paulo Roberto Almeida, as well as the Ethiopian Demiso Gudeta. From then on, the athlete of the team Luasa Sports Caixa started to print a stronger rhythm, opened the lead and crossed the finish line in time of 1:05min02sec. "The humidity and the heat made it difficult because we could not force much at the start. Both the Kenyan and Brazilian competitors were very strong, which made the match even. After the initial 10 km I decided to accelerate and the Brazilian second place came together. Fortunately, I was able to open up some advantage, "said Paul, 32, who won the Rio de Janeiro Half-Marathon in July and will play the Buenos Aires Half-Marathon on Sunday. Runner-up of the São Paulo International Marathon in April, Wellington Bezerra da Silva of Brazil got his best result in the Rio de Janeiro Half Marathon after failing to complete the event last year. At 30, the athlete of Cruzeiro (MG) did not hide his emotion with second place on the podium.

"I am very happy with my performance and for taking part in this event, which is very well known in Brazil. The Brazilians managed to unite and ran together against the Africans. When one of them stood out I went behind and fought as best I could. I knew that I would have a little difficulty with the humidity of Rio, so I was training in Campos do Jordão, where it is very cold. By the 14th mile any of the athletes who were in the front pack could have won, but when Paul opened I was just keeping my pace because it was hard to get at him, "said Wellington, who is preparing to play in the Berlin Marathon at September 15.

For the second time in the Rio Half Marathon, Kenyan Esther Kakuri finished the race with the time of 1h18min42sec. The athlete made the last seven days of her preparation in the city of Taubaté and planned a strategic race to avoid the wear and tear of Rio de Janeiro. "I really enjoy running in Rio, I feel the energy of the fans. This course is very enjoyable and I want to be here again next year. In this test, my biggest opponent was even the high humidity. So the tactic was to race to win, without caring much about time, "said Esther, 22, who took another 3:58 sec to complete 21km079m over her time last year. Like Paul, the Kenyan will also play the Buenos Aires Half Marathon and already have plans for the San Silvestre.