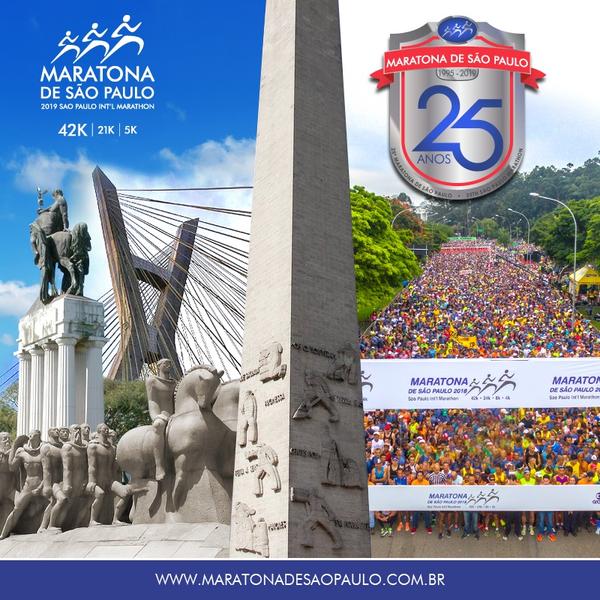 São Paulo International Marathon 2019 will be on April 7

São Paulo (SP), 01/08/18 - The International Marathon of São Paulo will turn 25 in 2019. The special edition of the Silver Jubilee will be on April 7, starting at 6:50 p.m., and will not be done in Ibirapuera, in front of the Obelisk. The 25th São Paulo International Marathon has three circles, focused on the classic. In addition to the traditional 42k race, becoming a Half Marathon, ie 21k, and the 5k race.

Among the attractions of the celebration of the Silver Jubilee, a special medal delivery, an exhibition of products and services, lectures, music along the routes and more.
Entries made up to August 8, until 4:00 pm (Brasília time), will be made in the amount of R $ 80.00, in cash on the ticket or twice without a credit card, and the Basic registration, by R $ 100.00, also in cash on the ticket or twice on the card.
An additional proof of infrastructure for the official number of registrants. No extra resources were available for athletes who were not officially registered ("popcorn").

The São Paulo International Marathon 2018 is an organization and organization of Globo and Yescom, with special support from the São Paulo City Hall and Sampacor. Technical supervision is from CBAt, FPA and IAAF and AIMS 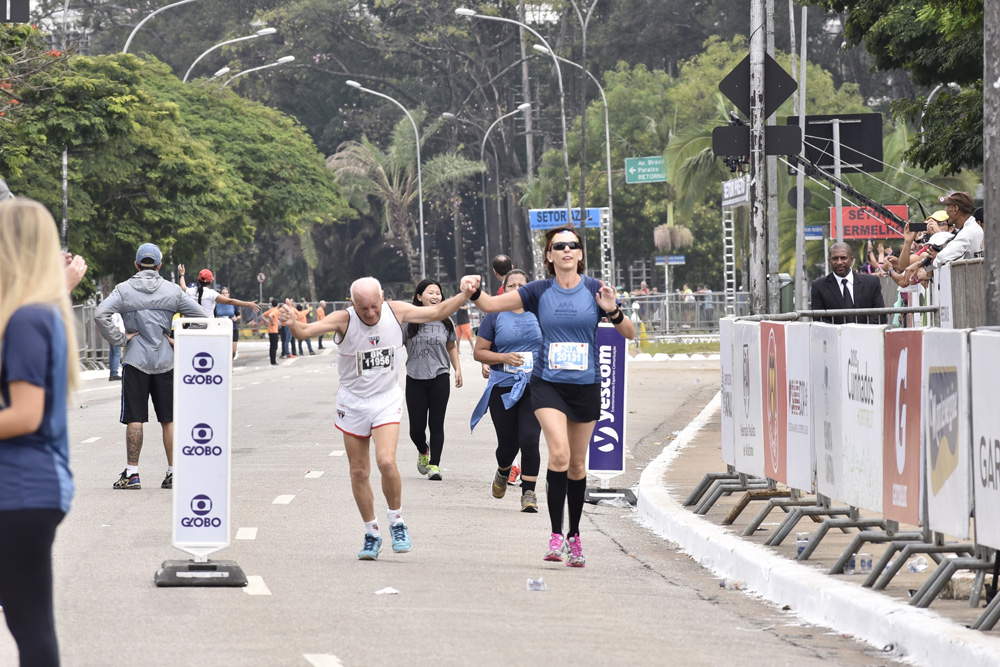 60 YEARS OLD ATHLETES AND ABOVE

1st. The 50% discount benefit on the registration fee is exclusive for those who are 60 years old or more. Do not use such benefit for third parties or you will be subject to law enforcement. Do not give up your registration!
2nd. There will be an exclusive customer care for 60-year old ATHLETES or above during the participation kit delivery, which will speed up the delivery and the documentation check.
3rd. To ease tracking of images and results, both by the ATHLETE and the Organization, the chest numbers of all categories available in the event, including the ABOVE 60 YEARS OLD one, will be numbered sequentially and visibly.
4th. In case the incorrect use of the 50% discount benefit is proven, the Organization might apply the rules of item 10.8 of the Regulation.
5th. There will be no participation kit delivery on the date of the EVENT, nor after it. 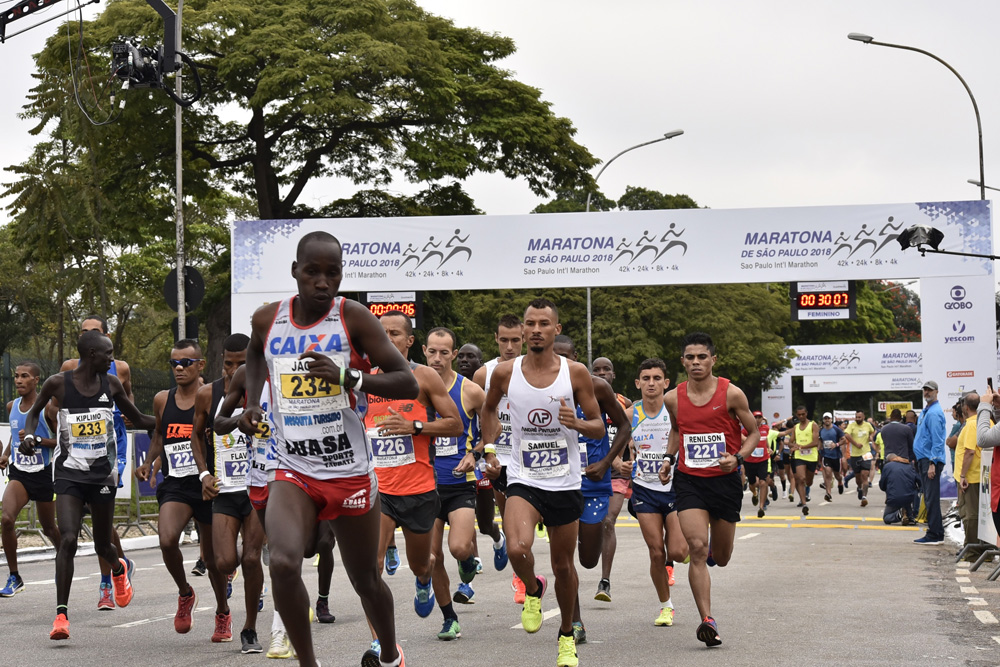 1st. You chest number is personal and non-transferable.
2nd. Do not give up, commercialize or allow copying your chest number, since you will be subject to law enforcement.
3rd. In case of medical care, it is through your chest number that the emergency contact shall be triggered. A relative of yours might receive unexpected news and you won’t be even participating in the event, since you have given up your chest number to somebody else to participate in your place.
4th. In case your electronic Chip fails, your results might be analyzed by your chest number in photos and videos captured during the event.
5th. If you know someone who has given up or sold his/her chest number to obtain any advantage, report the occurrence at faleconosco@yescom.com.br. You can send us the number, the complete name or photos. 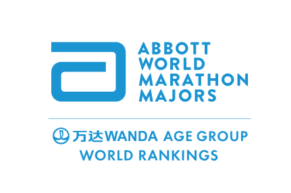 On September 16, 2018, the date of the BMW BERLIN-MARATHON, the XII Abbott World Marathon Majors Championship Wanda Age Group World Rankings began, which will include another 50 marathons around the world chosen for their technical and organizational level, marathons that will take place over a period of one year until the next BMW BERLIN-MARATHON on September 29 in 2019. In South America, only the São Paulo and Santiago and Sao Marathons were chosen.

Athletes who participate in the 25th São Paulo International Marathon 2019 and who also compete in one of these 50 selected marathons and who belong to the age group of 40 years and above will earn points according to their gender, age and time obtained in the race. They will participate in the "AbbottWMM Wada Age Group World Ranking", considering the two best results obtained in this group of marathons and, thus, competing to be present in the final stage of the 12th Abbott World Marathon Majors Wanda Age Group World Rankings Championship will take place at the London Marathon in April 2020.

How to score in the São Paulo Marathon in order to participate in the Championship:

Sign up at www.maratonadesaopaulo.com.br where all the necessary information for your registration and participation in the 25th São Paulo International Marathon that will take place on April 7, 2019 is available.

All athletes within the age groups listed below, regularly enrolled and completing the 25th São Paulo International Marathon in 2019, an event chosen as a qualifying event for the AbbottWMM Wanda Age Group Championship World Ranking, will be participating.

Age ranges for men and women:

For more information on the qualifying points system and details of that World Championship, access the link: https://www.worldmarathonmajors.com/agwr/how-it-works

To follow your category (AGE GROUP) and the updated results of the ranking with the score of the leaders of the age groups, visit the following link: https://www.worldmarathonmajors.com/agwr/rankings/ 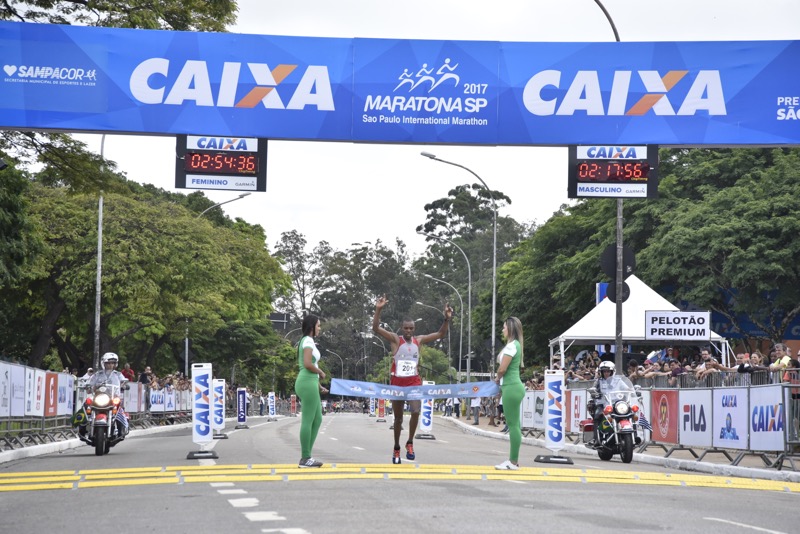 São Paulo (SP) - The International Marathon of São Paulo, held earlier this month, celebrated another edition with a positive balance. After all, in its 23rd edition, there were about 18,000 entries from all over the country and abroad, with good presence at all distances: 42.1 km, 25 km, 8 km and 4 km (running and walking). At the top of the Elite podium, two Kenyans: Paul Kimutai, the first two-time champion in the history of the event, and Leah Jerotich, who gave a technique show. Brazil secured the vice in the men's, with Edson Amaro Arruda dos Santos, and the fourth place in the women's, with the bicampeã and experienced Marizete Moreira.

In the other categories, a mixture of technique and pleasure. Of course there are amateur runners who seek the best performance to overcome their limits, but the great party is for those who run for pleasure, fun and for an improvement of quality of life. Good presence shows that proof has provided that.

These actions allowed a considerable reduction of the presence of "popcorn", guaranteeing the quality and structure of the event for the enrolled athletes. This work will be continued significantly in the other Yescom tests.

The 23rd São Paulo International Marathon is an organization and organization of Globo and Yescom, sponsored by Caixa e Fila and co-sponsorship Café 3 Corações, Gatorade, Probiótica and Garmin. The special support is from the City Hall of São Paulo and Government of the State of São Paulo, with support of Cânfora Bravir, DoisCunhados, Montevérgine, Água PassaQuatro, Velocità, Tattoo Mania, Campo Verde and Village. Promotion and broadcast are from Globo, Esporte Espetacular, EuAtleta.com and GloboEsporte.com. The supervision is of the Paulista Federation of Athletics, CBAt, AIMS and IAAF. 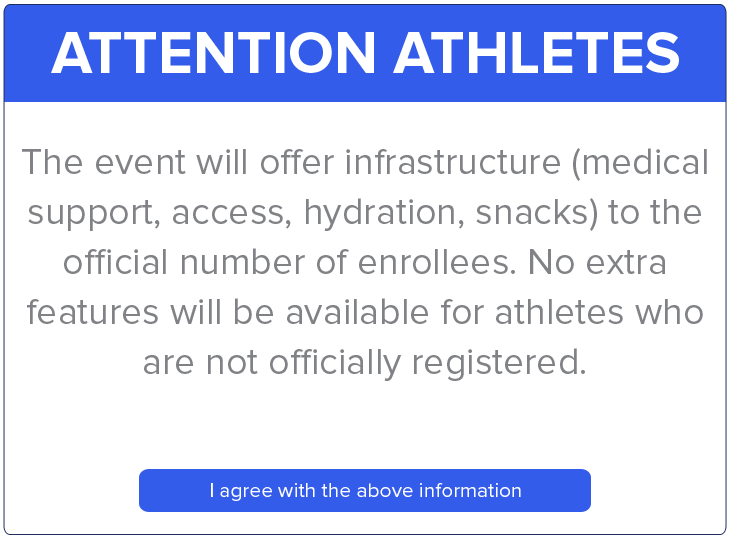 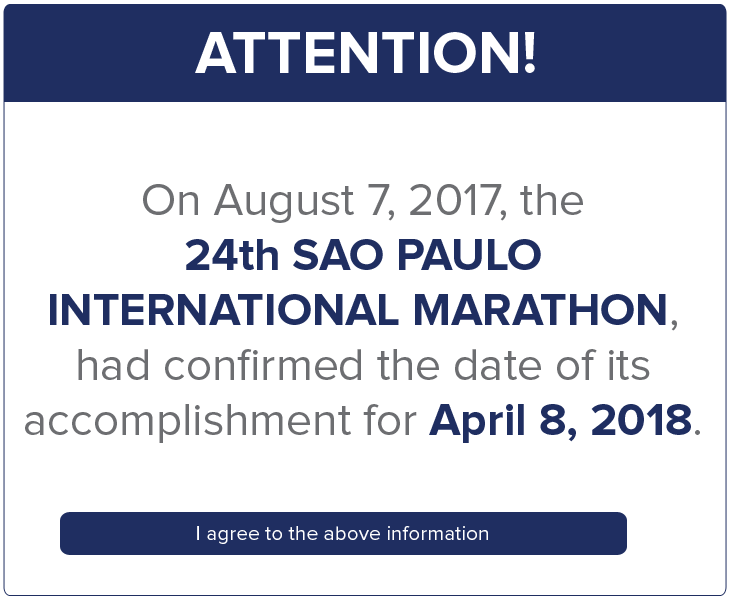