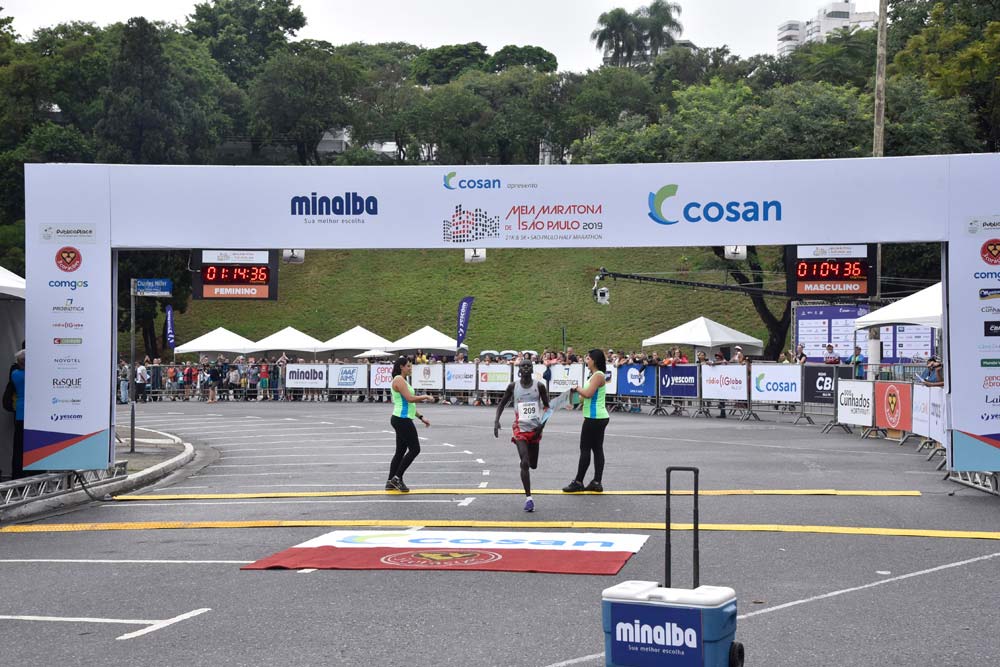 /19 - The runners from Kenya won the 13th São Paulo International Half Marathon. On Sunday morning (17), Geofry Kipchumba and Sharon Arusho confirmed the favoritism and won the race. After 21,097 meters through the streets and avenues of the São Paulo capital, Geofry set the time for 2h04min37sec, while Sharon completed the course with a time of 1h17min03sec. With the result, the foreigners now dominate in the men, with seven wins against six of the national runners, and in the women with the ninth achievement in the history of São Paulo.

Brazilian athletics took second place. Among the men, Gilmar Lopes crossed the finish line with a time of 1h05min51sec, followed by Damião de Souza, champion in 2009, with 1h06min51sec. Already in the women's race Andréia Hessel was vice with the mark of 1h19min22sec, coming soon after Simone Ferraz, 1h20min50sec. In the Chair category, Carlos Pierre de Jesus and Vanessa de Souza secured the top of the podium.

One of the main events of the calendar, the São Paulo International Half Marathon completed its 13th edition. The cloudy day, with moments of drizzle, was the mark of this year, but did not take away the enthusiasm of the athletes or the public present in Charles Miller Square, in front of Pacaembu Stadium. In the dispute between Brazilians and foreigners, Africans took the advantage, winning in male and female.

Geofry Kipchumba, just 19 years old, followed up on last year's series of good results when he won the Kilimanjaro Half Marathon, was runner-up in Shopping Aricanduva and third in the Ten Miles Boy. He started well, kept a place between the hands to start in km 5 towards victory in Sao Paulo.

“The race was very good and I loved the course. This was my debut in this race and could not be better. I hope to repeat this positive performance in the coming races, ”said Geofry, champion of 2019.

Gilmar Lopes, in turn, highlighted the opponent. “It was a tough race and the Kenyan set a strong pace from kilometer five. As I am preparing for the Pan American Games marathon in Peru, I preferred not to force and I am very happy with second place, ”said the runner-up.

As a female, Sharon also had no trouble securing another achievement. She managed to overcome tiredness to win this Sunday. “It was complicated, because I got in late on Saturday night and couldn't relax as I wanted. But thanks for the result. I was happy to come here and win, ”said Sharon, champion of the Pampulha International Tour last year.

Andréia Hessel, the country's main name at the event, highlighted the route. “Challenging route, but it is that that provokes you and demands a lot. Loved the weather, which was perfect for running. The year started since last year and I didn't stop. I have an index for the World Cup and the Pan American, both in the marathon, I hope to get well enjoying strong events like this, ”said the Brazilian.

In its history, the Half Marathon International and São Paulo has presented good marks. In this edition, the expectation is once again for even better times due to changes in the now more linear, flat and fast course. The male record holder is Kenyan Joseph Aperumoi (QUE), with 1h01min38sec, obtained in 2012, followed by Brazilians Marilson do Santos, with 1h03min10sec, 2011, and Giovani dos Santos, with 1h03min37sec, and 2013.

The 13th edition of the São Paulo International Half Marathon is a realization and organization of Yescom. The event is presented by Cosan, sponsored by Comgás and Minalba, special support is from the City of São Paulo, by Sampacor - Secretariat of Sports and Leisure, and support from Café 3 Corações, Montevideo, Probiotics, Two Brothers-in-law, CancúnCards, Novotel, Laby - lip care and Centauro, The technical supervision is from AIMS, CBAt and FPA. 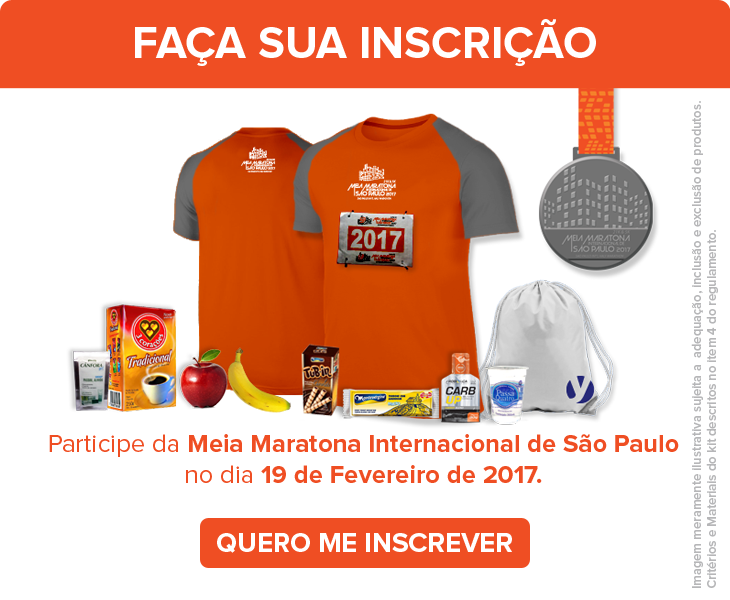