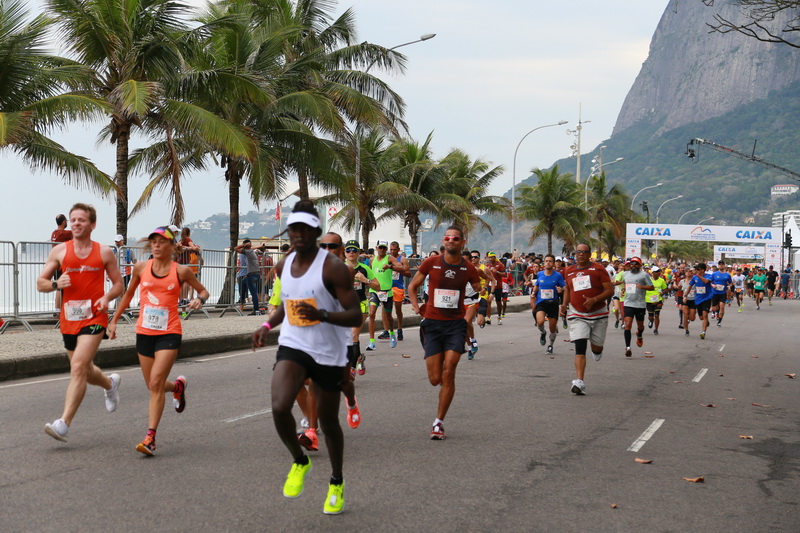 Thinking about the athletes' well-being, the 22nd Rio de Janeiro International Half Marathon, scheduled for Sunday, August 19, will start earlier. It will be an anticipation of 15 minutes in the dispute of 21,097 meters, with start in São Conrado and finish in the Aterro do Flamengo, There will also be the Super 5, 5k race with start and finish at Aterro do Flamengo, which will continue unchanged. Thus, the schedules were as follows: Chair, start 7:59; Women's Elite: 8h start; Men's Elite, starting 8h15; General Squad, starting 8:15; Super 5K race starts at 7h. The 22nd Rio de Janeiro International Half Marathon, the most beautiful of its kind in the country, scheduled for August 19, will feature kits and EXPO Athlete at Marina da Glória between August 16 and 18. In order to better serve the athletes, avoid queues and delay in withdrawing the kit, as well as being able to enjoy EXPO more, Yescom chose the new location. The space in Marina da Glória will have about 3 thousand m2 of covered area, with several advantages for the corridors. In addition to being adjacent to Santos Dumont Airport, which will favor athletes from other states, it still has many parking spaces.

The ease of removal of the kit will still allow athletes to enjoy the EXPO Athlete. The space will have several stands of products, services, food area, lectures and an exclusive area for sports advisory services. More information can be obtained on the website.

Sesc RJ is one of the supporters of the competition alongside Yescom and will have activities in the areas of culture, health and education. In addition to enjoying a special program, taking a pound of non-perishable food in the kit's withdrawal, the athlete will also collaborate with social institutions served by Mesa Brasil Sesc RJ. Considered the best half marathon in the country, it has a fast route that allows for low times. The race ratified its importance in 2008, in its 12th edition, when it was also valid for the World Half Marathon. The athletes Zersenay Tadese, from Eritrea, with the time of 59min56sec, and Lornah Kiplaga, from the Netherlands, 1h08min37sec, were the winners.

In 2017, Brazil repeated the top of the podium in the men's, this time with the athlete from Pernambuco Marcio Leão, while in the female the victory was from the Kenyan Esther Kakuri.

The Rio de Janeiro Half Marathon is an accomplishment and organization of Globo and Yescom, with promotion and transmission of TV Globo, Globoesporte.com, Euatleta.com, SporTV and support from Rio's City Hall. Supervision is from IAAF, AIMS, CBAt and Farj.