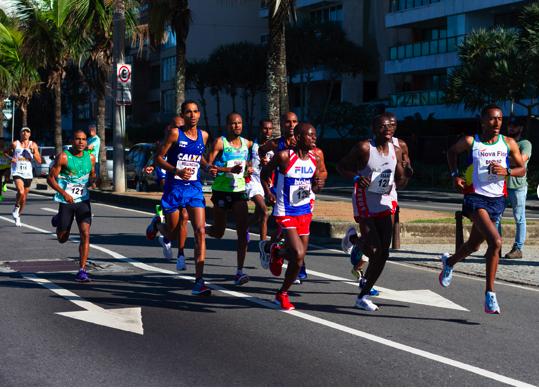 The 23rd International Half Marathon of Rio de Janeiro, scheduled for Sunday (18), from 6:50 am, has gained an important boost. Brazilian Solonei da Silva, 2011 Pan American Marathon Champion (Guadalajara), double champion of the São Paulo International Marathon (2012/28) and winner of the São Paulo International Half Marathon (2015), confirmed his presence at the event, one of the most important disputes on the national calendar. The start will take place near Jardim de Alah, in the Leblon District, South Zone, arriving at Aterro do Flamengo, after 21 km.

With an enviable track record and plenty of experience, Solonei comes to fight for first place in Rio de Janeiro. Paulista from Penápolis and former Gari, Solonei da Silva is one of the big names in street racing in the country. Second in the South American ranking of marathons in 2011, he still secured gold at the Guadalajara Pan American Games. But it was in 2012, in his debut at the Sao Paulo Marathon, that he secured the top of the podium and gained national recognition. The following year was sixth at the World Athletics World Championships in Moscow.

The delivery of the participation kit, together with the courtesy of the disposable chip, will begin this Friday, during the Rio Rio Half Marathon Expo Expo. 17h, at Marina da Gloria - Avenida Infante Dom Henrique s / nº - Gloria. There will be no delivery of kits on the day of the race or even later, as stated in the regulations. More details on the website.

You can search and download your finish line photo from the 2020 Rio Half Marathon - Meia Maratona do Rio.

You can search and download your finish line video from the 2020 Rio Half Marathon - Meia Maratona do Rio.